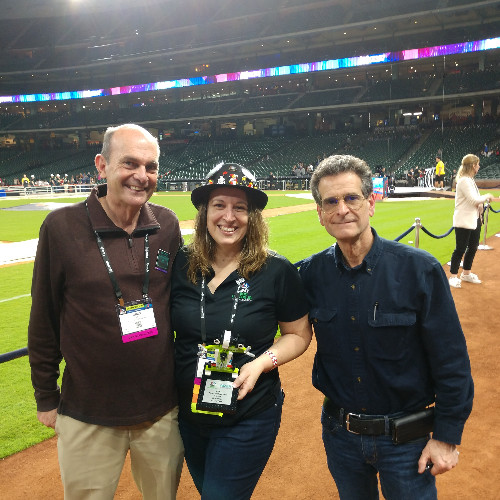 Why am I here: With 15 years of FIRST experience, I want to give back and help team mentors and parents understand some of the challenges you have and the tools implemented to gain sustainability with mentors, parents involvement, and youth inclusion. FIRST is a family I want to see continue to grow.

Why FIRST matters to me: My family tried boys scouts and other youth sports as the kids were growing up.  Then when my husband got an email from work asking for team members for a LEGO team (he works at Disney), we decided that was the route to take with our kids.  FIRST is not just for the kids to grow and learn new skills, it is also a place for adults to discover new ideas; innovate ways to expand the young minds in STEM, business and the arts; impact your community in different ways; include everyone and help them achieve their individual goals; and to be part of a team that turn into family.

Experience: Joyce has a background in Office Technology. She started in FIRST as a parent, then became a mentor for FIRST LEGO League Challenge (2007).  Once her oldest turned 13 he started on a FIRST Robotics Competition team in 2010.  Since then all three of her children have been on FIRST teams which include FIRST Tech Challenge.

After several years mentoring and becoming a leader, Joyce was the Central Florida Program Delivery Partner for FIRST LEGO League Explore for 5 years.  During this time, she also served on the Orange County 4-H Association Board.

She continues to volunteer for FIRST and serves on a FIRST Access Advisory Board and is a Board member for New Vision for Independence.